Beginnings Of The Order Of Preachers

In 1203, after almost ten years of life as a cathedral canon, St Dominic was chosen by his bishop, Diego d'Acabes, as companion for an embassy to Denmark. The purpose of the trip was to arrange a marriage for the son of King Alfsono VIII of Castile. Passing through southern France, Diego, Dominic and those who accompanied them, came to know the Albigensian heretics. It is said that an innkeeper who lodged the grouping in Toulouse was converted by St Dominic during an all night debate.

In spite of the successful negotiation of marriage, the purpose of the trip was defeated when the princess either died or entered a monastery. While in Denmark, Diego and Dominic were impressed by the intense missionary activity of the Danish clergy among the Baltic peoples. They both wished to join them as missionaries, so they went to Rome so that Diego could tender his resignation as bishop of Osma to the Pope. The resignation was refused, however, and neither ever made it to the Baltic regions. Instead of simply sending Bishop Diego back to his diocese immediately, Pope Innocent III (pope from 1198-1216) sent him to work among the Albigensians.

Dominic and Diego went to Montpellier on the French Mediterranean coast. They found the papal legates who had previously been sent to convert the Albigensians from their heresy. Among them was Abbot Arnauld of Citeaux. Despite all their efforts, the legates had made no headway. After listening attentively, the bishop sized up the situation and gave solid advice. The leaders of the Albigensian heretics lived an austere life, kept long fasts, travelled on foot, and preached in apostolic simplicity. Those trying to convert them would have to do likewise.

Diego invited the legates to send their retinues home, to travel by foot two by two like the apostles. The Bishop's zeal and arguments convinced the legates. They dismissed their retinues after Diego had set the example. They kept only books and other necessities. Areas for evangelisation were assigned to the new groups of apostolic preachers and they set out to preach. During the following weeks and months, they crisscrossed the countryside, preaching and debating with the Albigensians. After each debate, each side presented a written summary of its arguments to its opponents. The Albigensians subjected one of Dominic's summaries to a trial by fire. Three times they threw it into the fire but each time the flames cast it forth untouched.

One of the successes of Diego and Dominic was the conversion of a number of women from Albigensianism. They established a monastery for them at Prouilhe, near Fanjeaux, their own headquarters. This became the first monastery of Dominican nuns.

Bishop Diego returned to his diocese late in 1207 to recruit preachers, raise funds for the apostolate, and regulate his diocese. He died in December soon after his return to Spain, however.

In January 1208 the Albigensians assassinated Legate Peter of Castelnau, a fiery, impatient man, who constantly antagonised them. Innocent III responded by proclaiming a crusade against the heretics. When hostilities broke out, a peaceful apostolate became extremely difficult, but Dominic and a handful of companions persevered with their preaching despite every discouragement. 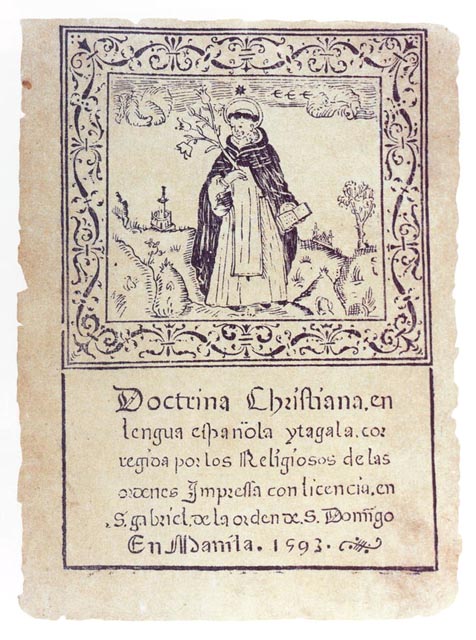 Dominic realised that the Church needed a continuous, dependable supply of competent preachers. Volunteer preachers had come and gone in insufficient numbers. He also realised that the type of preacher that was needed would have to be like the Cathars, i.e. educated, well versed in the Scriptures (the Bible), who preached convincingly. On founding the Order of Preachers Dominic laid great emphasis upon the study. Within a month of the foundation, he had enrolled six members in the lecture course of Alexander Stavensby at the cathedral school of Toulouse. He had had himself, of course, a good education and a deep love of the Word of God, always carrying Matthews Gospel and Paul Epistles with him.

This explains Dominic's sending seven friars to Paris in August, 1217. He preferred to found houses in university cities, at Bologna, Palencia, Montpellier, and Oxford. By design, he sought to enroll university students in the Order.